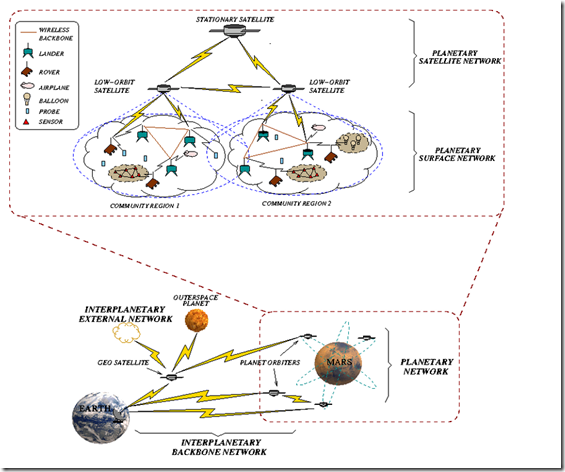 The international Space Station is the first hop / node in space to use the new Interplanetary Internet.  This first iteration has certain hours that it can be used, so it still has some growth, but at least it’s the first step in expanding out reach.  It uses Delay-Tolerant-Networking (DTN) to send the data instead of our standard TCP/IP, since it’s likely there data will come in waves and perhaps out of order.    The main difference with DTN is the node will store all information it receives until it finds another node to send the data.   The reason for this is a NAK (not acknowledged) message could delay transmissions for days, so a new method was needed.  http://www.newscientist.com/article/dn17416-interplanetary-internet-gets-permanent-home-in-space.html?DCMP=OTC-rss&nsref=online-news

This site uses Akismet to reduce spam. Learn how your comment data is processed.